skip to main | skip to sidebar

Rev. Timmy Runs 'Round with Richard Bacchus & The Luckiest Girls

Lucky Me! I get to be the newest, Luckiest Girl! (also the tallest, smokin'est and most likely to ruin that periwinkle blue cashmere cardigan your aunt gave your last Christmas.)

Come on out and check Richard Bacchus and the Luckiest Girls in Tuscaloosa, AL, New Orleans, LA (with The Stalkers ) and at SXSW with The Urgencies.

This could be your only chance to see me play a guitar while standing up this Spring!

If my vertigo kicks in the thrills and spills will be doubled.

Will someone please explain to me why in the fuck Congress is holding hearings on Baseball!!!???


Did we win those wars on Terror, Drugs, Poverty and Iraq?
(OK, smartass, for Iraq.)

If Drew was better at anything than music it was telling tales, hanging out and making folks laugh.
If you ever heard him play you know how tough it is to top his music.

I met him when he started playing lap steel for The Jack Grace Band and he always made me happy. Whether he was playing on stage or sitting by me telling me where he was going to next ( most every time I saw him he was getting on a plane the next day.)

My deepest condolences and warmest wishes to all his family, friends, band mates and fans.

Happy travels, Drew, you are loved and you will be missed.

Here's a site with some stuff to remember him by:
http://www.drewglackin.com/

And a fund to help with funeral costs, every bit helps.
http://www.drewglackin.com/fund.html

A remembrance from Jack Grace:

Drew Glackin, the most original lap steel player we have ever heard, one of the best friends we have ever had, and one of the most special humans this world was lucky enough to be treated to, passed away on January 5th 2008. He was unaware of an overactive thyroid condition that led to severe heart damage. Our thoughts are with his amazing family who has shown tremendous strength and love.

The world just got a little bit more boring without you Drew. Forty four years was not enough. We are all applauding, banging on the tables, demanding more. You made a difference, and we thank you so much for everything you brought us, who you helped make us to be. We hope to make you proud of the years we have ahead. We know how you'd like it to be. It's not like you were ever vague about what you wanted. Thank you so very very much Mr. Glackin sir. What an amazing time we had.

There will be a Memorial show for Drew @ Southpaw Feb. 17 starting @ 3pm.

Check the Jack Grace site or his MySpace for details.

When I came to I was already halfway through my set. That Carolina laudanum we got from the Shriners was really playing havoc with ay senses. The shatter and whoosh of several molatov cocktails lighting up one of the APC's out front snapped me back to clarity.

By the relatively small amount of tear-gas in the air it seemed the show had gone well. Those boys from Boston were still confined to their enclosure, distracted by some brandy and schnapps tossed into the pen by a well meaning, but reckless, well-wisher.

When the liquor was gone I knew it would be a flat sprint to the stage. Those nylon Walmart collars and shackles wouldn't hold them for long.

I finished “Hold My Watch,” set off a smoke pot to cover my exit and rolled away just as Red Invasion hit their opening chords. From my landing place behind the water barrels I saw a celebratory blizzard of brown beer bottle glass sieve through the stage-front chicken wire to stick to tight black pants and spiky punk rock hairdos.

I scrabbled up the back stairs to Jet Black's lair and found him sharpening his talons on his guitar player's, Joe's, mascara-laden lashes. Jimbo seemed to be in particularly good spirits as only one of the three pool tables had been overturned.

I caught up with Dave who was still DJing while applying a tourniquet on his badly bleeding left arm, the result of a short fuse on one of Shelby's homemade magnesium bombs.
She was busying herself on the roof 50-cal taking out her self-recrimination on any policeman green or brave or dumb enough to stick his head above the barricades. None of us, least of all Dave, blames her for the mishap. Supplies, especially armaments, have been unreliable since the Chinese swarmed into the Southwest and cut us off from our brother cells in Mexico.

Richard Bacchus and The Luckiest Girls hit the stage just as the police battering ram hit the door.

The sound was amazing. 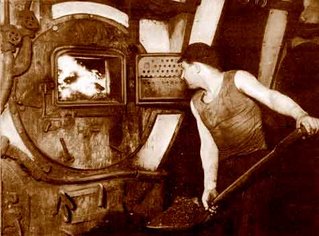 Just in case you still felt like stopping by here, I can only offer you a redirect to the pirate radio of the info-super-hiway.

So with winter closing in, I can only suggest you fill your apartment with sand, lay out a towel, turn up the heat and twist along with some serious tunes that really should be coming out of a transistor radio. (As soon as I find one with a USB port, I'll pass it a along.)
Posted by Rev. Timmy James at 11/28/2006 01:05:00 PM 1 comment:

Requiem for a Beatle and a Stone. 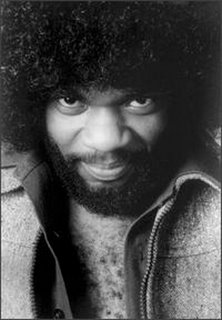 Alas, on the anniversary of my own personal passage into mono-nephroticism (for the sake of my Pa, who's doing fine, thanks) my favorite Beatle AND one of my many favorite Rolling Stones succumb to hypertension and kidney failure.

Billy Preston departed this hilarious, delightful, vicious con game of a planet having left it a much better, funkier place.

If his singles, Sticky Fingers and Exile ain't proof enough for ya, you belong in Outa-Space.

Rave on, brother, rave on. 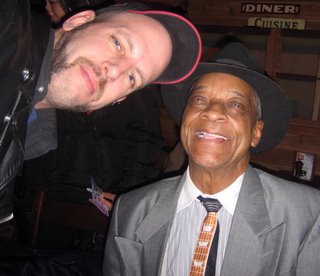 Here' the Rev. with the one and only Mr. Hubert Sumlin

, guitar sideman to the Howlin' Wolf for a better portion of his best sides.